The Colour of Dreams features the work of Canadian artist Gregg Simpson. The exhibition includes paintings and drawings from his Daphnis and Chloe series (an homage to Maurice Ravel), the Eye Candy series recently exhibited in Berlin and Venice, and works in gouache and pastel completed in Venice and Ravenna.
Simpson initiated the West Coast Surrealist movement in the early 1970’s in Vancouver, Canada. His work has been exhibited in several international museums and is included in major historical books on surrealist art. His work is inspired by the Canadian west coast rainforest along with influences from European art, particularly surrealism and lyric abstraction.
Simpson’s work has evolved from his collages and pop-influenced paintings of the 1960s, through neo-Surrealism in the 1970’s to an organic abstraction beginning in the 1980’s that is based in landscape and the figure. José Pierre, a colleague of the Surrealist Group’s founder, André Breton, included the artist in his landmark book, L’Univers Surréaliste, (Editions Somogy, 1983) and Sarane Alexandrian, also a colleague of Breton, included Simpson’s work in his periodical, Supériore Inconnu in 1999. In May 2000, Simpson exhibited at the Fortezza di Montalcino, a 14th Century castle in Tuscany. This exhibition is featured in a BRAVO TV documentary A New Arcadia: The Art of Gregg Simpson now accessible on YouTube.
Simpson has exhibited frequently in Europe, particularly France and Italy, since the 1970s when he toured the first exhibition of Canadian surrealist art (Canadian West Coast Hermetics). His work appears in museum and private collections worldwide. 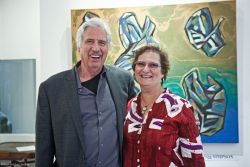 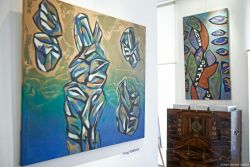 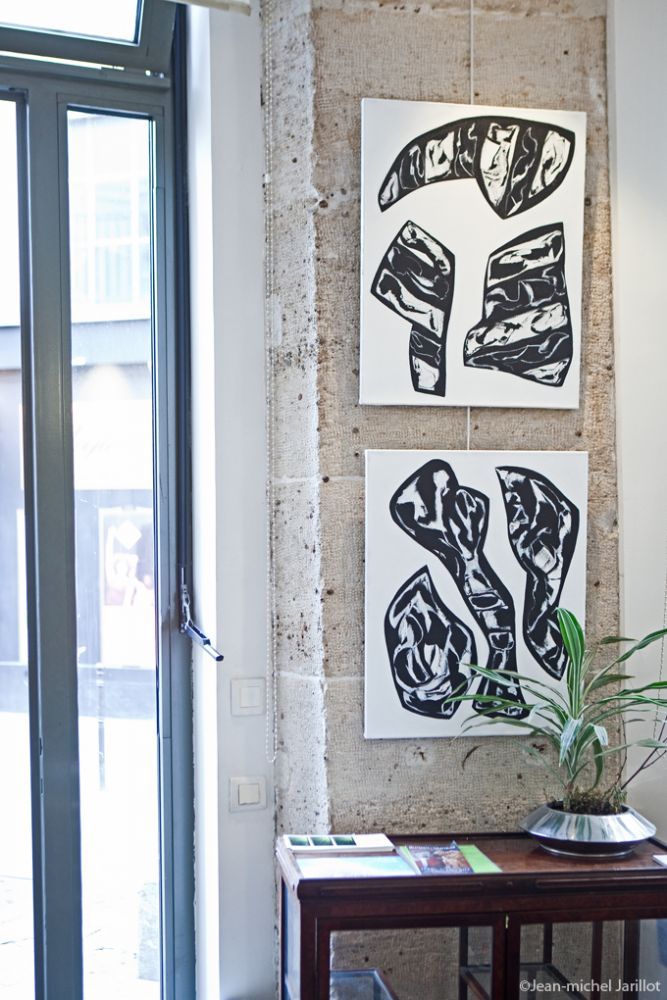 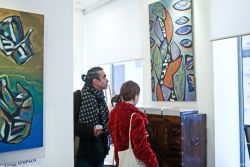 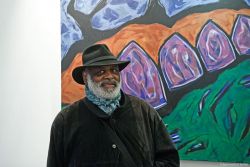 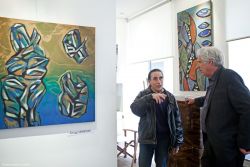 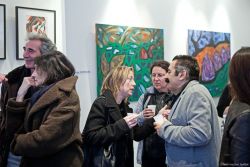 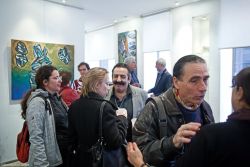 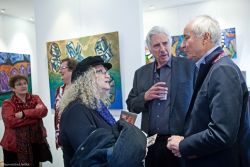 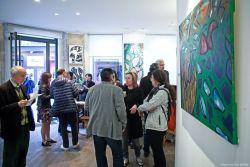